A vintage and classic car day returns to Derbyshire farm shop Croots this year and will be staged as part of the August bank holiday weekend.

Taking place on Saturday August 24th from 10am to 5pm, the event is free to enter and is expected to attract at least 24 cars and other vehicles.

Croots Farm Shop, which is based at Farnah House Farm, Wirksworth Road, near Duffield, held similar events in 2010 and 2011.

After a break last year, the event is set to return in 2013 – and will also feature a burger festival, cheese sampling and wine tasting.

“The vintage and classic car day at Croots has proved popular in the past and when we were asked to host it again we thought it would be an ideal event to stage on the Saturday of the bank holiday weekend,” said Steve Croot, who runs the award-winning farm shop and Shires Eatery.

Other attractions on the day will be a burger festival featuring Croots home-made burgers, cheese sampling from the Cheese Cellar and wine tasting sessions run by the Little Wine Club.

The farm shop, which opened in 2008, sells a range of food and drink produced locally, regionally and from further afield.

It stocks products from up to 40 producers from within a 50-mile radius of the shop.

It also produces its own range of products, including sausages, pies and ready meals.

In May, Croots opened its expanded Shires Eatery, offering a range of refreshments, lunches and afternoon teas in a scenic setting overlooking the Ecclesbourne Valley.


Focus Consultants is celebrating the news that the Royal Albert Memorial Museum in Exeter has won two top architectural awards. 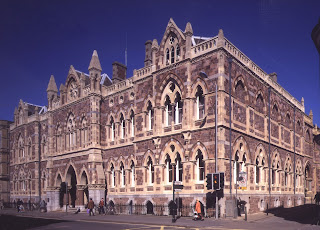 The museum was named RIBA South West Building of the Year 2013 and also took the RIBA South West Conservation Award 2013 at the ceremony organised by the Royal Institute of British Architects.

Focus, based at Phoenix Business Park, Nottingham, with offices in Leicester, Boston and Aubourn in Lincolnshire, and in Holborn, London, was project manager and quantity surveyor for the £24million renovation and redevelopment project.

Focus was part of the team that helped to secure almost £10million of Heritage Lottery Funding for the scheme, which was completed 18 months ago.

RIBA judges said: “This is a nationally important project, made all the remarkable when the full logistical story is explained (for example, only 0.01% of the museum archive is on display in RAMM).

”Exeter City Council should be applauded as client. The passion and commitment shown in the vision, funding and delivery of this building is extraordinary. Empowered by the community, the project now sits as an important ingredient of the emerging Culture Quarter and has become an educational and tourist focal point, and a city treasure.”

Architects for the scheme were Allies and Morrison.

Last year RAMM was named the UK’s museum of the year by the Art Fund charity.

“The redevelopment of RAMM has been a great success and the museum has attracted thousands of visitors since re-opening. We are very pleased to hear that it has won two awards recently in what are regarded as the nation’s premier awards for architectural excellence, and congratulate our team members in the project Allies and Morrison,” said partner at Focus Consultants, Steven Fletcher.

Focus Consultants specialises in funding, research and economic development, project and programme management, construction and property services and energy carbon sustainability services. It works on private and public projects across the UK.

Coffee specialist Cherizena has launched its limited edition Christmas coffee for 2013 and has begun taking orders from delis, farm shops, cafés, restaurants and pubs for the festive season. 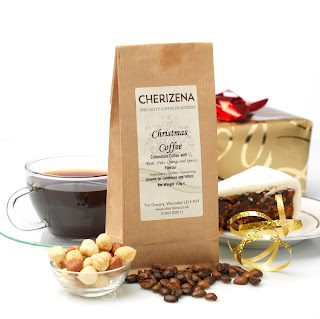 Last year Cherizena sold almost three quarters of a tonne of its specially flavoured coffee, which has a delicious aroma reminiscent of plum pudding.

Created by flavouring the Colombian Excelsior medium bean with a tasty combination of rum, hazelnut, cinnamon, vanilla, orange and pecan nut flavours, the Christmas coffee has proved to be Cherizena’s most popular limited edition blend.

It is available in personalised packs for retailers, cafés and other trade customers, or branded as Cherizena coffee. It is also on sale in a variety of pack sizes, as beans or ground, and either regular or decaffeinated coffee.

Cherizena, based at Wartnaby on the Leicestershire/Nottinghamshire border, is a specialist supplier of premium, speciality and flavoured coffees…offering up to 30 single origin coffees and blends, and 20 different flavoured varieties.

The family-run company has full-colour label printing at its premises, and supplies trade customers at a range of outlets across the UK, including farm shops, delis, restaurants and cafés.

The Christmas coffee has been designed to provide customers with something special to serve up during the festive season. 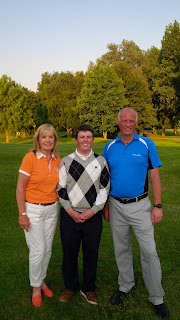 More than £3,000 was collected at a fund-raising day at Boston Golf Club to support golf pro Dave Coupland in his second year as a playing professional.
The event was organised by Rosemary Sharp, from Sharps Sports Golf Management, who is Dave’s manager, and Trevor Newton, partner at Focus Consultants, which has offices at Endeavour Park, Boston, and Aubourn, near Lincoln.
The day attracted 19 teams playing in a Texas Scramble format, with the winning team named as brothers Gary and Trevor Frost, Trevor’s son Nicky Frost and Freddie Mitchell, who are all members of Boston Golf Club.
“The day proved to be a huge success and we were pleased to raise so much to help support Dave in his career,” said Trevor, a member of Boston Golf Club.
Focus Consultants, which has offices in Nottingham, Leicester, Boston and Aubourn in Lincolnshire, and in Holborn, London, specialises in funding, research and economic development, project and programme management, construction and property services and energy carbon sustainability services. It works on private and public projects across the UK.
Trevor has helped organise a number of fund-raising golf events, including Focus Consultants’ annual charity golf day earlier this year at Belton Park Golf Club, Grantham, which raised £240 for Marie Curie Cancer Care.
Dave Coupland is currently taking part in the EuroPro Tour.
Pictured, left to right, are Rosemary Sharp, from Sharps Sports Golf Management, Dave Coupland and Trevor Newton, partner at Focus Consultants.